Debian vs Ubuntu are both great flavors of the Linux operating system. They were both designed and targeted at the normal computer user.

Thus, they are competitive alternatives to the Windows and OS X monopolies. In this article, we’ll give you a quick brief on both distributions. Btw, you may be interested in our list of best Linux distros.

Debian vs Ubuntu – What’s Your Flavor?

Debian is one of original Linux distros developed back in 1993 by Ian Murdock. It was a community driven open source flavor of Linux designed to be robust, capable and most importantly free.

Unlike most Linux distros, Debian is supported by its passionate community of developers with no particular commercial organization in charge.

According to The Linux Counter Project over 16% of machines run on Debian. Which makes it the second most used Linux distribution in the marketplace.

However, it’s not very user-friendly. Although the development community have been making efforts in the past several years to change that; there’s still lots of room for improvement.

From a Debian vs Ubuntu hardware compatibility perspective, Debian does not put hardware limitation except those put by Linux or kFfreeBSD kernel and the GNU tool-sets. Take a quick look at this list for compatibile desktop and handheld device architectures.

Furthermore, Debian provides a small library of software availability. But the good news is that most Ubuntu software will run on Debian.

Here is good resource for software available in the Debian system.

One great feature of Debian is its stability. When Debian releases a stable version, you best believe it’s stable. This is due impact to its robust testing community that ensure all bugs are fixed before release.

Its performance is faster and more reliable than Ubuntu. It maintains a much larger support community that is more technically oriented.

So what’s up with Ubuntu?

A fork is simply when anyone (in this case a developer) takes the source code from Project A; copies it and starts developing it independently as Project X.

So therefore, Ubuntu is basically a copy of Debian with the goal of making a more user-friendly version of Debian. Its mission is to make Linux user-friendly to the average computer user.

It is much more newer than Debian with its first release in October 2004. The term “Ubuntu” is an African concept which basically means “I am what I am because of who we all are”.

How is Debian vs Ubuntu compared you may wonder?

According to the the same statistics provided by The Linux Counter Project, over 23% of all machines run on Ubuntu. Thus making it #1 most used Linux distro and higher than Debian in terms of installations/utilization.

Although Ubuntu a free and open source software like Debian; it’s privately developed and managed by Canonical Limited.

Comparatively, Ubuntu beats Debian hands down when it comes to ease of use.

Ubuntu is easy to use. It’s made for newbies and provides features such as cloud storage, software center (for software updates), and media management (for managing all our media).

Likewise, Ubuntu is compatible with a wide array of hardware devices. Information on supported hardware can be found here.

Remember we mentioned that Ubuntu is a fork of Debian?

Be that as it may, it’s not as stable as Debian. This is in part due to Ubuntu’s extra features that certainly makes it more prone to bugs and crashes.

However, you can take consolation in the fact that its still more stable than Windows :). But that is a topic for another day.

In conclusion of Debian vs Ubuntu, both distros are great Linux operating systems. Some users prefer Debian over Ubuntu. While others prefer Ubuntu over Debian. 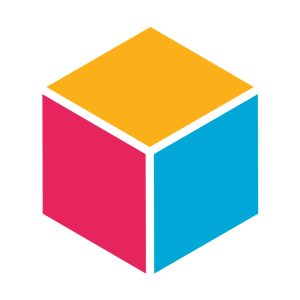 We are the Editorial Team at DailyRazor, and we're passionate about bringing you the latest content on web design, web hosting, business, and technology-related topics. We work hard to ensure that our articles are well-written with a high level of quality for your reading pleasure!

Get The Latest Updates

All latest content delivered straight to your inbox. Don’t worry we don’t spam.

.co vs .com – Which One Should You Use & More Successful Online?

C# Reverse String – How To Reverse A String in C#

Ecommerce KPIs – The Ultimate Guide on 91 Vital Metrics in Ecommerce

What determines an effective ecommerce KPI? As a business operator, you may be wondering what ecommerce KPIs are most important for your company. This comprehensive guide provides you with all you need to know about ecommerce KPIs and metrics.

Would you like to learn more about the fastest and easiest way to fulfill your ecommerce orders? Read our complete review of Deliverr to discover how you can rapidly grow your ecommerce business with the fastest fulfillment delivery service on the market today.

Blogging for Business: Get a Head Start On Your Competition

If your business is not using blogging to acquire and retain customers, you’re leaving money on the table. Business blogging is a free marketing tool that can help you attract new customers and create relationships with them. And here’s why.

Get up to 60% OFF for signing up to our newsletter!